The following are some of the highlights and music of Jimmie’s life and career:

Bought the guitar he still has…

Discharged returned to his home in Camas, Washington.

1956 April. Worked in small clubs around home town. Lived out of his car, a 1948 Buick. Went to LA Auditioned and sang on Art Linkletter’s house party show. CBS LA.

Singer, Chuck Miller (House of Blue Lights Mercury Records) heard him at the Fort Café in Vancouver Washington and convinced him to go to New York. Did Arthur Godfrey’s talent scout show, sang “Fox And The Goose” and wins. Auditions for Roulette Records in New York, song “Honeycomb” and wins again.

Brooklyn Paramount theater: Little Richard, Buddy Holly and the Cricket’s, Mickey and Silvia, The Del Vikings, The Diamonds, The Moonglow´s, 5 Satins, 5 Keys, The Tune Weavers, Larry Williams, Jo Ann Campbell, Ocie Smith, The Cleftones, Shaye Cogan and Jimmie Rodgers. Buddy Holly left a pair of shoes in Jimmie’s dressing room but he never returned to get them back.

Madison Square Garden. Worked too far from the orchestra and everything screwed up. National

1958: Moved to California. Worked with Buddy Holly up and down the East Coast for several weeks before Buddy was killed. Had to return to Los Angles because of pneumonia. Shows from Jan. 8 until Feb. 1958 with

Jimmie was ill in California when Buddy Holly was killed. Jimmie was scheduled to be on the winter tour with Buddy.

“Long Hot Summer” was performed by Jimmie at the Academy Awards (Oscars). National

April 3. The song “Secretly” was released.

April. Honolulu for 2 days of concerts.

May 8. Music operators of America. Chicago. Mickey and Sylvia, Roy Hamilton and The Champs.

July 3. The song “Are You Really Mine” released.

Feb. 1. The song “Because Your Young” released.

May 2. The song “Ring A Ling A Lario” released.

May 16. Dick Clark´s Show with Chico Holliday and LaVern Baker.

Motion Picture “On the Beach”.

Met Elvis Presley for another film…

Worked as director of Folk Music Dept. at DOT Records.

And as a producer for DOT Records with artist Pat Boone, Debbie Reynolds, The Fairmount Singers.

TV Show “The Folk World Of Jimmie Rodgers” for 2 years.

The song “English Country Garden” was a big hit for Jimmie in Australia and England.

The song “Its Over” was a national hit in U.S.A. Words and music by Jimmie Rodgers. Worldwide copyright for Jimmie.

1964. Motion picture “Back Door To Hell” with Jimmie Rodgers and Jack Nicholson.

1964-1967: Touring and recording new singles and albums for DOT Records

1967: Jimmie Rodgers was found brutally beaten and left to die in his car in the San Fernando Valley. The LA police and sheriffs dept. were involved. He suffered through three brain surgeries. His brilliant career was stopped for several years ahead. Jimmie is now writing music and has finished his story for a film that depicts the life of a man who’s faith in God and Love for his Family has lifted him up.

His life storybook “Dancing On The Moon” is written by Jimmie Rodgers. A true story that is up lifting and yet tragic as it describes his journey through the Mafia power of some of the music business to the high road of success that can changes lives. 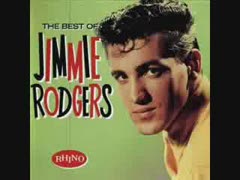 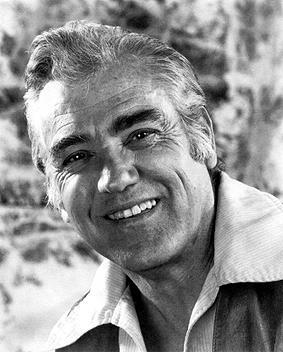