Birth of a Nu-Wop Tune

When I sat down to write my first book, Seven-Inch Vinyl: A Rock and Roll Novel, I began by creating a cast of fictional characters. In a book about music that meant creating fictional musicians and groups. So, Teddy Boyette, my Rockabilly superstar was born. Then along came the Du-Kanes, a street corner group of male DooWop singers from the Bronx, along with the Pixies, an African American trio of girls who began by singing in a church choir, followed by the Have Knots, a British Invasion band. These artists needed songs, so I made up song titles to go along with each of them.

After the book was published, I launched into a series of interviews with broadcast and Internet disc jockeys around the country. Asked on several occasions about the songs, I surprised many with my answer, “I made it up.” One such interviewer was Mike Miller.

Mike is a singer/songwriter who lives in Florida. He sang with the Mystics for a time and fronted his own group, Harmony Street, through a long and successful career. He now hosts an Internet radio interview show of the same name on Boston Internet Radio that features oldies music 24/7 with a great lineup of disc jockeys. Over the course of time, Mike and I became friends and I was pleased when my wife Carol and I got to meet him and his lovely wife Paulette at a couple of shows in Florida in March, 2012.

During one of our conversations, Mike asked me if I’d mind if he took a crack at writing music and lyrics to one of the Du-Kanes songs, “Bouncing a Kiss off the Moon.” I was quite flattered and told him to ‘go for it.’ Before doing so he needed some info on what I thought the song should be about. I envisioned this tune to be about two young teen lovers who were going to be separated, for some reason or other, by a great distance. They pledge that in those deep sad, ‘missing you’ moments they would go outside and bounce a kiss off the moon. Many great songs of the fifties and sixties used the moon as reference to romance.

Over the course of the next several months, Mike worked on the tune and sent me several “takes” he recorded, each version better the previous one. The project was beginning to have a life of its own. The song is also used a lot in the sequel to Seven-Inch Vinyl, Beyond Vinyl: The Rock and Roll Saga Continues and Mike and I gave serious thought to a tie in, an actual song (or two) that could be sold on i-tunes, Amazon, and so on.

Mike next enlisted the aid of bass singer Les Levine (B.Q.E. The Del-Vikings and the Tribunes) and asked him to add a bass track to the song. Les complied and the finished product proved to be the perfect finishing touch Mike believed the song needed. The release of this unique ballad written in a true DooWop, or as I like to call it, “Nu-Wop” style should resonate with oldies fans everywhere.

With my approval and heartfelt thanks, “Bouncing a Kiss off the Moon,” and a second tune, a cover version Mike and Les did of an old Harptones hit, “That’s the Way it Goes,” (credited to the Du-Kanes) are NOW available on i-tunes for just .99 each.

And as if that wasn’t enough, “Bouncing a Kiss…” will have its world premiere on Sunday night, January 19, 2013, n Cool Bobby B’s immensely popular SIRIUS radio show “The DooWop Stop” on the ‘50’s on Five’ channel which airs 7pm to Midnight EST. (with repeated airings during the week).

So be sure to listen in for Michael and the Dreams, performing as The Du-Kanes singing Bouncing a Kiss of the Moon, from the novels Seven-Inch Vinyl and Beyond Vinyl written by Donald Riggio.

Both books are available now in Kindle form on Amazon.com with print versions of

"BOUNCING A KISS OFF THE MOON"

"THAT'S THE WAY IT GOES"

BOTH AVAILABLE ON I TUNES AND AMAZON 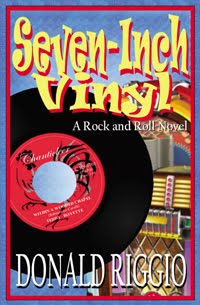 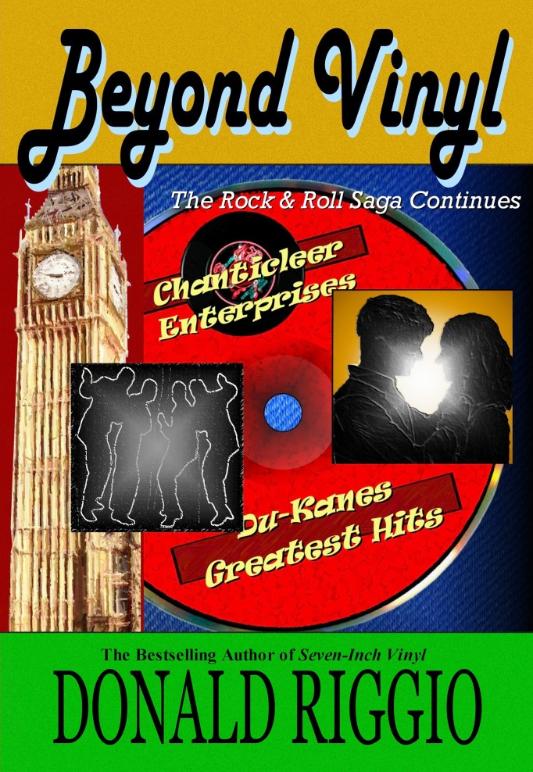 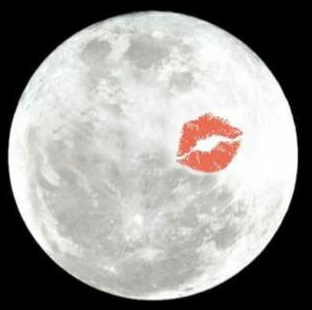 "Bouncing A Kiss Off The Moon"

THE DU KANES FROM "7 INCH VINYL"

BROUGHT TO LIFE BY MIKE MILLER